We joined our partners to reward people commuting by bicycle - including, Western Cape Premier Alan Winde! 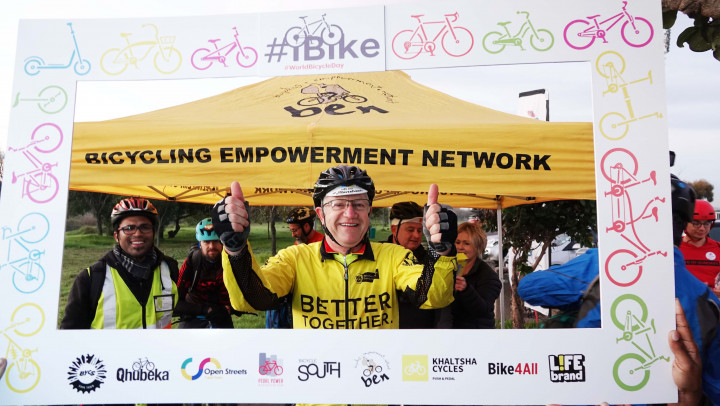 World Bicycle Day is celebrated across the globe on Monday 3 June and Cape Town’s bicycle advocates came together to reward cycle commuters. Set up opposite Hartleyvale Stadium on the Liesbeek Parkway cycle path into the Cape Town CBD, the team handed out gifts to people cycling into town, capturing stories of everyday commuter champions. One of the surprise recipients of a reward was cycling enthusiast and Premier of the Western Cape, Alan Winde, who encouraged others to join in, get on bicycles and help reduce congestion on our roads.

The group of advocates included Bicycling Empowerment Network (BEN Bikes), Cape Town Bicycle Mayor Lebogang Mokwena, Bicycle South, Bike4All, Khaltsha Cycles, LIFE Brand, Open Streets Cape Town, Pedal Power Association and Qhubeka. Through various programmes, they all promote the use of the bicycle in and around Cape Town, believing it can radically improve the city’s transport landscape, as an affordable and environmentally friendly means of transport.

As noted in a recent policy brief written by transport specialist Richard Gordge for Open Streets Cape Town: “Making trips by walking and cycling is good for physical and mental health, improving quality of life and the environment, and boosting productivity while reducing costs to the public purse. Increasing non-motorised travel is a core and vital component for Cape Town’s transport and urban development future.”

"I ride my bicycle to work in Pinelands every day and besides the challenges - reckless drivers and lack of safe cycling lanes - it sets my day on the right course, saves me money and allows me to experience Cape Town in a complete new way” says Noluthando Mqadi

Cycling in Cape Town has grown over the years, yet the transition from recreational cycling to commuting cycling has been slow. The challenges are not uncommon to other cities of the global South and include resource allocation to better infrastructure, safety, and cultural norms that celebrate the status of private vehicles, amongst others. Nevertheless, there are committed advocates in Cape Town working to overcome those obstacles.

“The bicycle is a tool that can change our cities. Unfortunately, in South Africa not everyone learns how to cycle and it is the first step in making a 2-wheel mobility revolution a reality. I have been teaching adults for a few years with my Learn2Cycle classes on a Saturday morning, and have already seen this simple skill changes lives.” says Lebogang Mokwena, Cape Town Bicycle Mayor

Says Robert Vogel of the Pedal Power Association: “Through the distribution of Bike4All bicycles, we have been working with our partners at BEN Bikes to ensure that having access to a bicycle is not a barrier to enjoying the benefits of cycling and that we grow the community. More people riding bicycles will hopefully make government look up and realise that transport is not only about cars and public transport, but cycling too. When cycling infrastructure is safe enough for children to cycle to school, that is when a culture of cycling has a real chance of developing."

The United Nations describes the bicycle as “a symbol of sustainable transportation that conveys a positive message to foster sustainable consumption and production, and has a positive impact on climate.” And this World Bicycle Day activation on a chilly Monday morning in Cape Town is a statement of the commitment civil society has made to see our city contribute to the type of change that is required at a global scale to respond to our climate crisis.

“We might often feel helpless given the magnitude of an issue such as climate change, but at the end of the day everyone can make a positive contribution. Changing behaviour is not simple but we have seen how in the last few years people in Cape Town are making small changes which ripple out to their social circles and communities. We believe more cycling is one of the keys to unlocking the potential of our city streets to be safer, more inclusive and people-friendly. World Bicycle Day is a great opportunity to shine a spotlight on those who are at the forefront of adopting this wonderful way of getting around.” says Rebecca Campbell, from Open Streets Cape Town.

In April 2018, the United Nations General Assembly declared 3 June as International World Bicycle Day. The resolution for World Bicycle Day recognises "the uniqueness, longevity and versatility of the bicycle, which has been in use for two centuries, and that it is a simple, affordable, reliable, clean and environmentally fit sustainable means of transportation."
https://www.un.org/en/events/bicycleday/

Bicycling Empowerment Network's mission is providing access to opportunities through the use of a bicycle – giving hope and a step up to those who need it most.
https://www.benbikes.org.za/

Pedal Power Association is a Public Benefit Organisation committed to promoting cycling and the interests of cyclists, including recreational cycling (on- and off-road), development through cycling, safe cycling and advocacy.
https://www.pedalpower.org.za/

Qhubeka is a not-for-profit organisation that donates bicycles as part of the World Bicycle Relief's charity programme in South Africa.
https://qhubeka.org/

Bike4All is a campaign by PPA, BEN and Qhubeka to get more people on bicycles in South Africa.
http://bike4all.co.za/

LIFE Brand is a communications agency that works with brands changing the world for the better and is passionate about sustainable mobility.
http://lifebrand.co.za/

Open Streets Cape Town is a non profit organisation working to demonstrate the potential of streets to create a more people-friendly and planet-friendly city.
https://openstreets.org.za/ 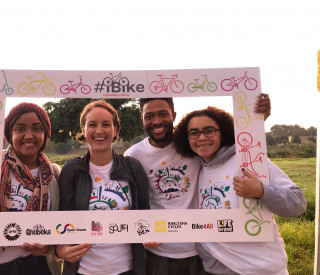 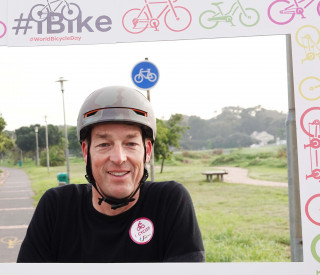 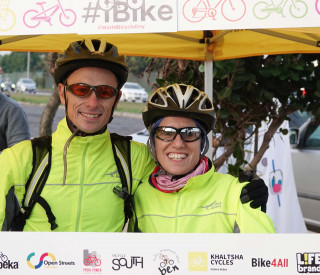 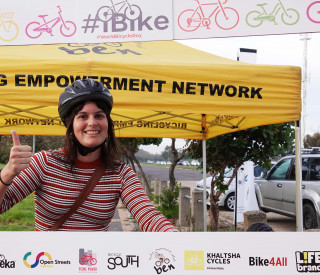 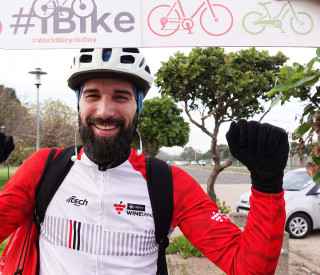