Slow Down: Make our streets safer for children

Join the drive for child safety on our roads this August 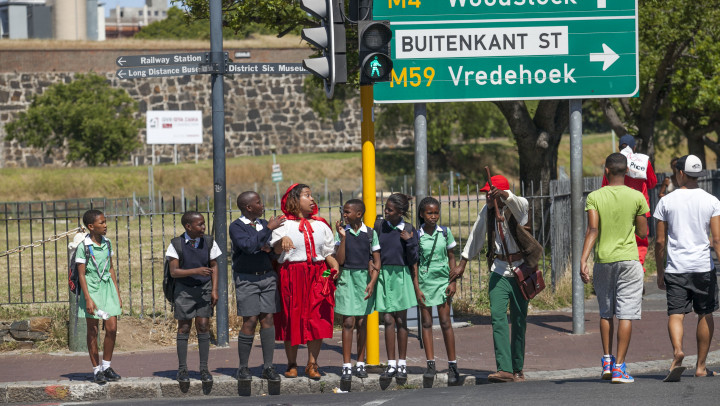 In 2017, in Cape Town alone, at least 50 children were killed while they were walking on the city’s streets. Their deaths were directly linked to the behaviour of drivers in cars, vans, trucks, on motorcycles and in other motor vehicles. Most of the children killed on our roads are pedestrians or passengers. And research shows that most fatalities, 58%, occur during the week day, between 2pm and 7pm. This highlights just how vulnerable children are, even in the simple act of walking to and from school.

Too many families are losing their children to reckless and irresponsible driver behaviour. Their deaths are entirely preventable. Across the country, on average, 1 300 children died on South African roads in the last year. Over three years, the number balloons to 3 868.

Every death leaves a permanent gap. Each family had to say goodbye to a young person — a daughter, son, grandchild; a niece, nephew, a cousin or a friend; each with a future ahead of them, with all the promise and potential they’d hoped to achieve.

What if you, or your family, counted in that number? Perhaps, tragically, you already do.

The figures cited above, and elsewhere in this article, emerged from a study Childsafe commissioned earlier this year, as part of our Prevention of Road Injuries Impacting Children in South Africa (PRICSA) project, in collaboration with UNICEF. We wanted to, first, understand the extent of the problem, but also to consider what should — and can — be done to address it. The figures are shocking, and a heart-breaking reflection of an unacceptable problem that is both endemic and preventable.

In South Africa, 9% of all child fatalities every year are lives lost on the road. The children are pedestrians, passengers, cyclists and, in a small percentage of cases, drivers. Overall, this number has increased by 22% in the past three years.

The statistics reflect the harsh reality of life in South Africa, where the majority of the population live in poverty and whose lives are affected by persistent inequality: 70% percent of children walk to school; 63%, travel for more than 15 minutes to get to and from school; and devastatingly, 4% travel for more than an hour to get to and from school.

Nationwide, just over 860 child pedestrians, and 723 child passengers are killed between 3pm and 9pm on Saturdays and Sundays. Consider that for a moment: 42% of child pedestrian fatalities take place over just two days.

So what can be done?

One solution is for the intersections, road layouts, markings and signage in and around the areas where children are most vulnerable to be redesigned. Part of this redesign requires a more forgiving road environment where drivers are forced to slow down and are able to take better account of the most vulnerable road users – our children.

A more profound and immediate solution lies in the hands of every road user.

Driver education campaigns, such as the Western Cape Government’s Safely Home campaign can and do have an impact. August is Child Safety Month. Childsafe is partnering with Open Streets Cape Town and the Safely Home programme to raise greater awareness of these issues, and to coordinate discussions with all affected, designed to seek solutions to this profound challenge.

It is a start. But there is still a lot more to do. Despite extensive awareness campaigns, drivers still drive drunk, skip red lights and make other risky decisions that endanger lives. Speed is another critical factor. A study conducted by Safely Home showed a direct correlation between speed and pedestrian fatalities.

If each driver and adult pedestrian reconsiders how they use the streets —not only while they are behind the wheel, but when they are walking, crossing roads and using intersections too — we may be able to offer children greater protection.

Changing our behaviour requires conscious thought and daily commitment from every road user to act in a way that will protect our children. And therein lies a significant opportunity. Because, even if we can’t control the time it will take to replan our cities, we can always control how we interact with our environment – and the people who share it.

The safety of our children is entirely in our hands.