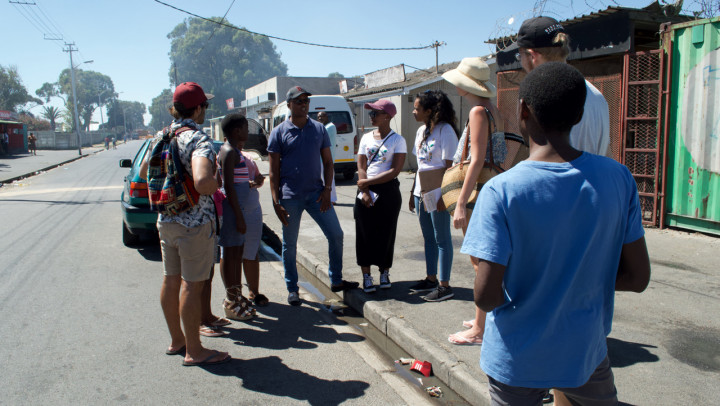 On Sunday 24 February, Open Streets Langa transformed King Langalibalele Drive into the ultimate playground. There were children everywhere, playing games, creating crafts, making music, and riding through the streets on skateboards and bicycles. This set the perfect scene for Talking Streets Langa as the aim of the walk was to understand what role streets play in children’s lives, how children recreate the norms of streets through play, and how to make streets more child-friendly spaces. By walking and talking through the streets of Langa, the group explored the importance of creating streets with and for children, and the opportunities for Open Streets to be more influential in developing safer streets for children.

This iteration of Talking Streets was linked to the outcomes of the Street Indaba hosted by Open Streets in September 2018. This event, which was themed Placing Children at the Centre, focused on how children experience the streets in cities all over the world, and what responses were required to improve their experiences. Since the Street Indaba, Open Streets has committed to placing a greater focus on child-safety in streets through their Open Street Days and campaigns. Talking Streets took some of the thinking from the Streets Indaba and focused the walk in Langa on creating ideas for how Open Streets could contribute to creating a more child-friendly city at the street level. 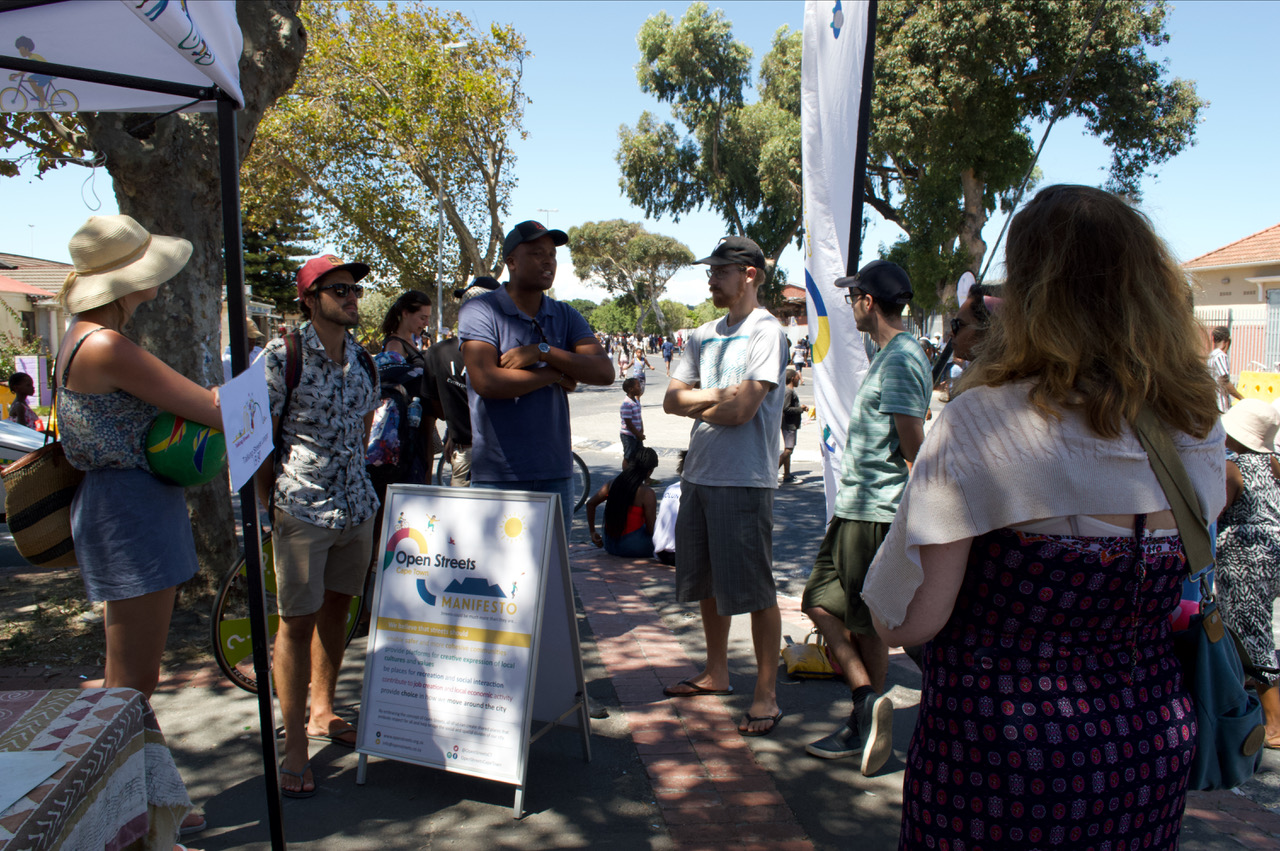 Siviwe Mbinda of Happy Feet Youth Project and the iThuba Innovation Hub was one of the guest speakers at the Street Indaba and he led the Talking Streets walk around Langa, including King Langalibalele Drive and streets beyond the Open Streets Day. The route exposed the group to the contrast between how children could be using streets, with endless opportunities to play through an Open Streets Day, and how they are currently experiencing streets, as places dominated by cars and risk. Siviwe shared reflections on how children inhabit and experience these spaces, and the role that streets play in developing youth. He said for many people, the priority is to find activities that “keep children off the streets. But it’s actually about making streets a safe environment for them.”

At the start of the walk, Siviwe set the scene and spoke about the history, design and culture of Langa, highlighting the role that streets play for children living in this community. With tight living conditions and a lack of appropriate public spaces, street environments are historically where children meet, move and play.

As the group began walking along King Langalibalele Drive, Siviwe encouraged the participants to think about their childhood and consider the types of activities or games the participants played in their neighbourhood streets. Individuals were given props to play with, including a ball, wheel and chalk, in order to make the walk more interactive and to prompt the walkers to recall childhood memories. Navigating through the action of the Open Streets day, discussions emerged around how and why children utilise streets for play, as opposed to parks and other public spaces. 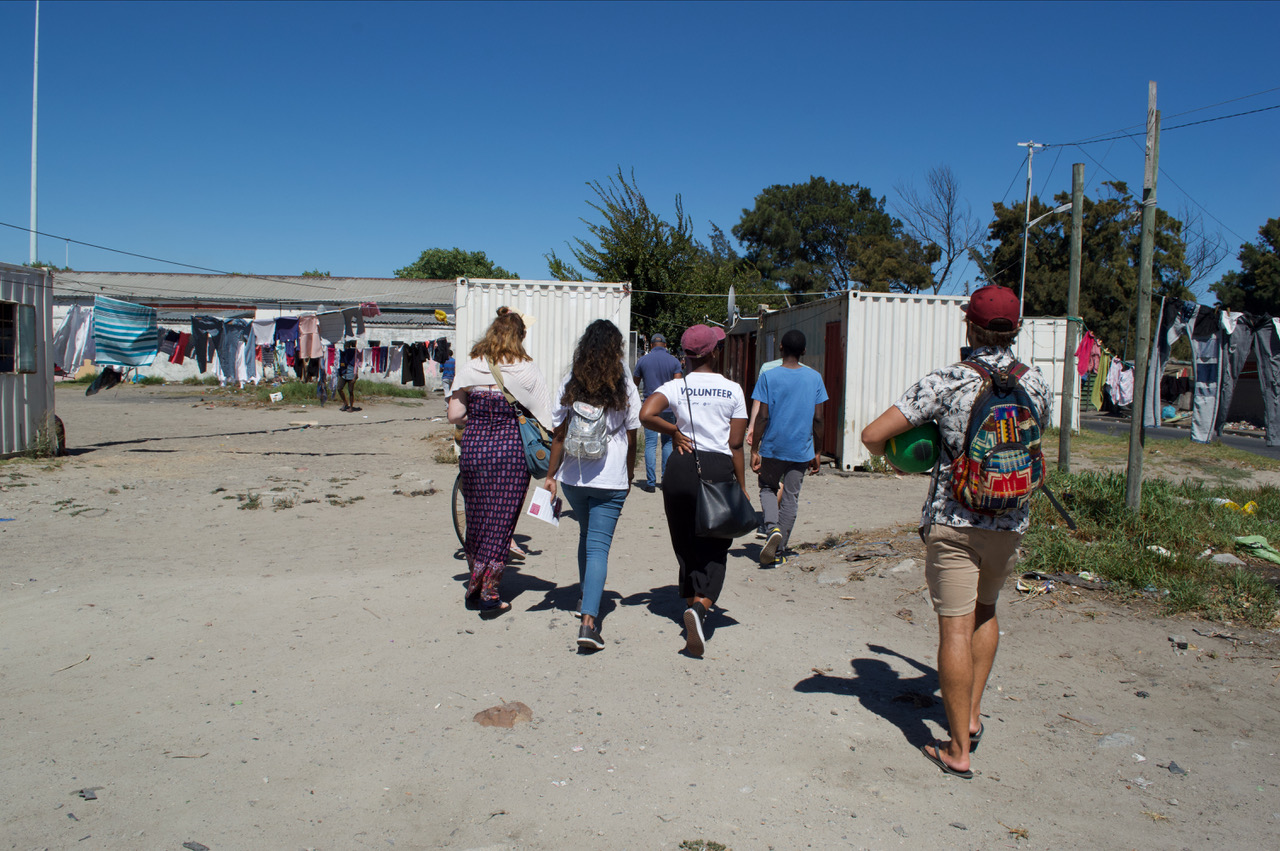 Leaving the Open Streets Day behind to walk the car-filled streets of Langa, the group reflected on the challenge of having cars and children coexisting in streets. Streets are not designed for children but their lived experiences and identities revolve around street spaces in Langa. Children do not always understand the risks or limits of streets but they choose to play there anyways. Children create their own norms and sovereignty in streets by recreating the space through games and play. By walking and observing children in the streets, the group began to understand that the problem is not necessarily the children playing in the streets, but rather the perception of streets as spaces where cars deserve sole priority.

The Open Streets Day on King Langalibalele Drive painted a picture of what streets could be like.

The group imagined a culture in Langa where children had priority over cars and children’s right to safety in streets was a shared concern. The group envisioned the potential for Open Streets Days to grow organically in Langa by children reclaiming these spaces stolen by motor vehicles and negative social influences. 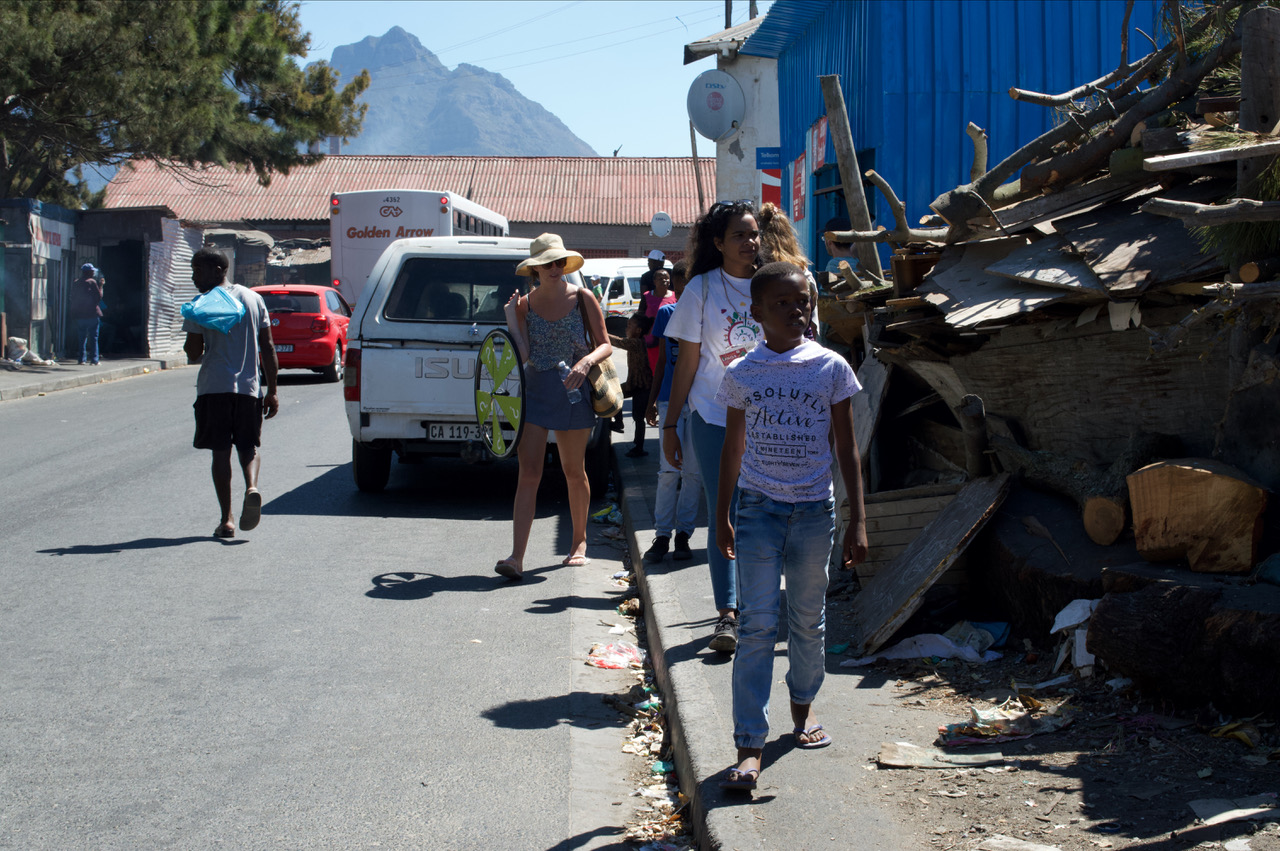 At the close of the walk, the participants brainstormed ways to make the dream of child-friendly streets in Langa a reality. The vision at the end of the walk was to use Open Streets to prototype and test new ways of ensuring that Open Streets Days leave a lasting legacy.

The group agreed that in order to make street environments more child-friendly, we need ensure that streets are designed for safety within the limits that children set themselves through placemaking. The Open Streets platform could have traction to influence urban designers, planners and engineers to start thinking more creatively about streets and the inclusion of children in the design process. It was suggested that the next Street Indaba could have a focus on street design and street culture in Cape Town communities.

Siviwe noted that the impact of Open Streets is always felt in the community but tangible changes would only start manifesting if it occurs more frequently. This could be something Open Streets could test in Langa with an Open Streets Day ever Sunday over a longer period to track the impact.

The group was also enthusiastic about the possibility for Open Streets to start activating different streets and the spaces adjacent to streets. It was proposed that during the next Open Streets Day in Langa, a legacy project could be constructed with the community to ensure that the message of Open Streets and child-friendly streets lives on. This could be a collaborative artwork created during an Open Streets Day or something more technical, such as the activation of an underutilised park adjacent to King Langalibalele Drive. 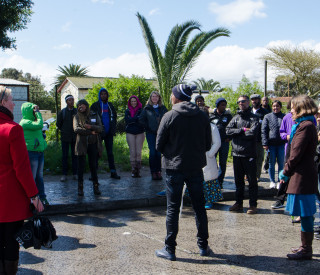