Get on your bike and win!

The #Bike2Train campaign gives Kuils River train commuters a chance to discover the joys of cycling to the station. 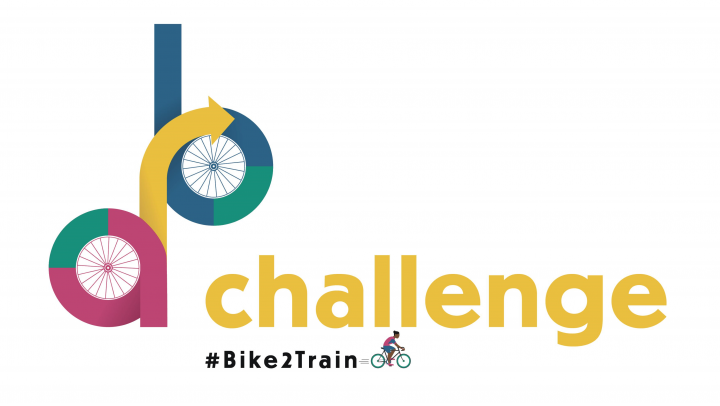 As part of the AtoB Challenge, in collaboration with the WWF Nedbank Green Trust, we are launching a new initiative! Called the #Bike2Train campaign, if you live in the Kuils River area, it gives you an opportunity to rediscover rail and discover the joys of cycling.

Did you know there is secure parking for 100 bicycles at the station? Our guess is no, because next to nobody is using this facility. Which is a pity, because using a bicycle to bridge the gap between home and the train can help you save money and time, and get some exercise before work.

We want to help people consider these benefits. So we are inviting train users to take part in a six-week challenge where they will cycle to the station in the morning (and then back home again in the evening) at least twice a week.

Here’s how it works. With the support of BEN Bikes and the Pedal Power Association (PPA) we are making #Bike4All bicycles and safety gear (helmet, bike lock, bike light and rain poncho) available. If you want to take part, a deposit of R1,000  will be required and if you complete the challenge, you will receive up to 75% cash back. You must cycle at least twice a week for six weeks, to and from Kuils River station.

There are three milestones in the challenge. Each has a greater cash-back reward.

Participants will record their experience of getting to and from the station, documenting the opportunities and barriers that arise on their journey, on social media and through other mediums. We will have rewards, like coffee, for participants who reach certain milestones.

So why are we doing this?

Rail is – or should be – the backbone of our public transport system. We need to drastically reduce carbon emissions and traffic congestion; and using public transport and non-motorised transport is a key way of doing this (read more here). However, as we all know by now – either from experience or through word of mouth – the system is not working so well. Though Prasa uses 610km of rail track over 289km to provide commuter rail services to most parts of the Cape Town metropole and beyond, negative perception prevents many of us from taking the train.

We’re not here to tell you otherwise. It can be bad. The train schedule has remained pretty much unchanged over the past 10 years, despite the number of train sets having reduced from more than 110 in the early 90s to 84 today. This explains the extensive delays for which the system has become notorious. Additionally, much of the rolling stock dates back decades, with the last new trains going into service in the late 80s.

But there is still a demand, largely due to the layout of Cape Town and the huge distances many have to travel to work. The latest rail passenger census shows patronage of about 488 000 passengers per day, out of a population of 3 479 447.

On the other hand, commuters are abandoning the railways in droves and getting in their cars. According to an article in the Cape Argus, Capetonians are fed up with the status quo. There have been nearly three million fewer rail journeys per month during 2016/17 than the previous year. This is contributing to our terrible traffic congestion problem.

There is a light at the end of the rail tunnel, so to speak. South Africa is, by all accounts, preparing for a rail revolution. On 9 May, Prasa launched new rail sets in Gauteng. This marked the beginning of a 20-year modernisation programme worth R173 billion. The programme also includes station and depot modernisation, and the upgrading of signalling, overhead lines and tracks.

It will be a while before they arrive in the Western Cape, but we want Capetonians to start buying tickets and waiting at the platform now already. Besides, there are many who depend almost exclusively on rail and there might be ways to make the journey a little easier and hopefully to help increase the call for better rail service….and we could have fun while doing it. So we urge you: get on your bike and cycle to the station!

If you commute by train from Kuils River station on a daily basis and would like to know more about becoming a participant, email campaigns@openstreets.co.za or call or Whatsapp 072 601 1013