The next chapter in our Travel Diaries

At Open Streets Mitchells Plain on 2 April, we will be handing out more Travel Diaries for people to document their daily trips. 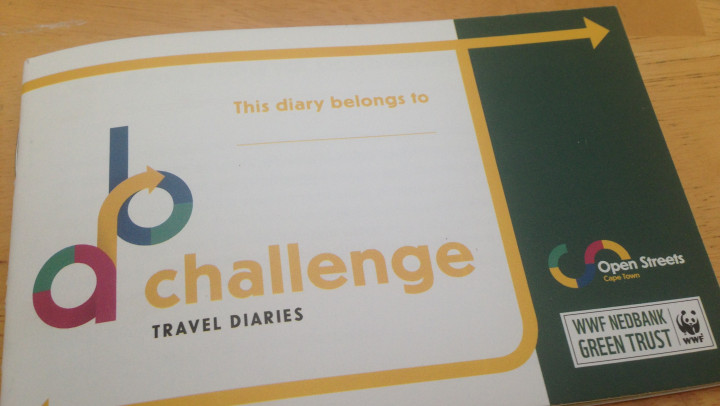 This exercise, a follow-up to the one we rolled out in January, will provide us with valuable insight into the way people move in Cape Town in autumn, and will contribute to our research for projects involving low-carbon transport.

Thanks to the support of the WWF Nedbank Green Trust, we are working to increase awareness of options that reduce the environmental impact of travel. But we know that options are limited for people living in Cape Town, either through personal circumstance or the absence of good-quality public transport.

No matter how committed you may be to the idea of “green” transport, it might be difficult – or impossible – for you to avoid travelling by car. Or maybe you can’t afford to drive, but still your options are limited.

It is these constraints, rather than our good intentions, that often determine how we really move around most of the time. So, if we want to encourage more people to walk or cycle or use public transport, we first need to understand how they move around.

The Travel Diaries can help us understand where people go each day, how they get there, and ultimately to start unearthing the potential for creating real options for meeting people’s travel needs.

In January, we invited people from all over Cape Town to take part in a seven-day AtoB Travel Diaries challenge. We provided each participant with a pocket-sized logbook to document their daily commute. Over the course of seven days, 54 people completed their travel diary, recording a total of 1 725 trips.

Most of those trips (45%) were by private car. Walking proved to be the biggest challenger to the car’s dominance, at 29%. Other forms of non-motorised transport fared less well, with 9% cycling and 1% skateboarding. Taking the bus, meanwhile, was the preferred method for those who used public transport, with 4% of all trips made this way. The train followed, at 3%, and the minibus was next, at 2%.

The duration of trips had an impact on which modes of transport the participants chose. Half of all trips of 10 minutes or less were on foot, by bicycle or by skateboard. However, as trip lengths increased, so did motorised transport usage. Nevertheless, most trips (60%) were under 15 minutes, short enough for cycling if conditions are favourable. (A car travelling at 60km/h will cover 10km in 10 minutes, a distance suitable for cycling if adequate infrastructure is available.)

Interestingly, many of the participants were not all that rigid about the modes they chose for the same type of trip on different days. Fifteen people (28%) reported using only a car to get to work or school every day; everyone else either changed modes on different days or didn’t use a car at all. There were also people who travelled to work on foot, by bike or by bus, but who used cars during off-peak periods or at night. Seventeen people used a bicycle at least once during the week, and 13 used a bicycle for some or all their primary daily trips (for work or education).

If you find this research fascinating and are keen to be part of the autumn Travel Diaries launching at Open Streets Mitchells Plain, please sign up here. 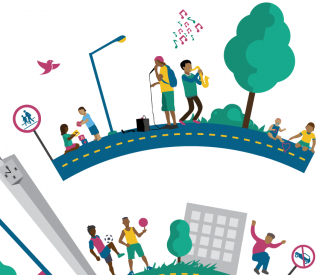