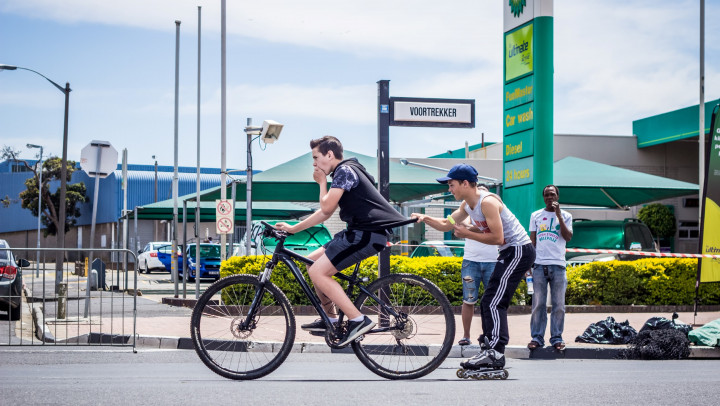 On 20 November 2016, Open Streets Cape Town (OSCT) came to Bellville's Voortrekker Road for the second time. On this occasion, the section between Durban Road and Oos Street closed to vehicles for five hours, with an estimated 1 000 people enjoying the space.

As OSCT co-founder and board member Jodi Allemeier put it: "Streets are our biggest and widest network of existing public spaces. We just don't always see them that way."

That's where Open Streets Days come in. They give people the opportunity to explore streets in whichever non-motorised way they choose. And OS Bellville's official survey results reveal they did just that on Voortrekker Road. 90% of those who attended spent the day walking, while 6% cycled and 4% skated. The most enjoyed aspect was the street "being open and free of cars".

Chris O’Connor, CEO of the Greater Tygerberg Partnership, says: "Open Streets Bellville has established itself as an important attraction that focuses on the role streets have in improving the quality of lives when they are accessible to all. I have personally witnessed how Open Streets Days draw people together from different cultures and with different interests into a space that somehow takes on a life of its own."

What's most heartening, says OSCT managing director Marcela Guerrero Casas, is that 97% felt Voortrekker Road was safe on the day. "This indicates that, although the road is usually dominated by private vehicles, we achieved our goal of enabling an equitable space. Perhaps those steps taken on the day will for many turn out to be the first towards breaking their private vehicle dependency!"

The relationship between experiential learning and behaviour change is at the top of the OSCT agenda. And it has built on its Open Streets Days expertise in a new partnership with WWF Nedbank Green Trust. The organisations have forged a relationship based on mutual desired outcomes regarding the use of low-carbon transport.

Marcela says: "Open Streets Days provide a platform for people to test different ways of getting around. But that's only half the battle won when it comes to behaviour change. As an organisation, we also need to engage with public transport providers around the quality of the services they deliver, and the City around infrastructure for non-motorised transport."

To this end, during Open Streets Langa, OSCT and WWF Nedbank Green Trust ran Cape Town's first ever low-carbon transport race. The idea was to start a conversation around the pros and cons of the different public and non-motorised transport options in the city. You can read more about it here.

Back to Voortrekker Road, local government and other key stakeholders are developing important plans regarding the corridor. For example, WWF South Africa is using it to investigate the best use of public monies to provide the most affordable low-carbon mass mobility services.

Says Louise Naudé, low-carbon frameworks programme manager at WWF South Africa: "Since this is a spatial question as much as a transport one, we will focus the enquiry on the Voortrekker corridor and side passages. We chose the corridor because it still represents an opportunity to make a meaningful impact on public policy and planning, which is not locked in yet. We welcome the initial interest in this project from several organisations, including OSCT, the Greater Tygerberg Partnership and African Centre for Cities."

To join the conversation around mobility in the Mother City, take part in Open Streets City Centre on 15 January 2017. 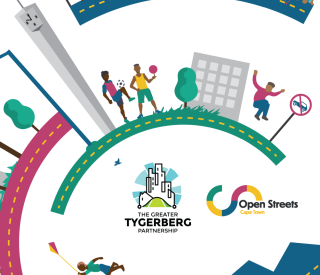 In partnership with the Greater Tygerberg Partnership, Open Streets is coming back to Bellville on Sunday 20th November
Read more