Open Streets: a Glimpse of the Future for Cape Town

Want to know where Cape Town is going? You had to be on Main Road this weekend to see for yourself. 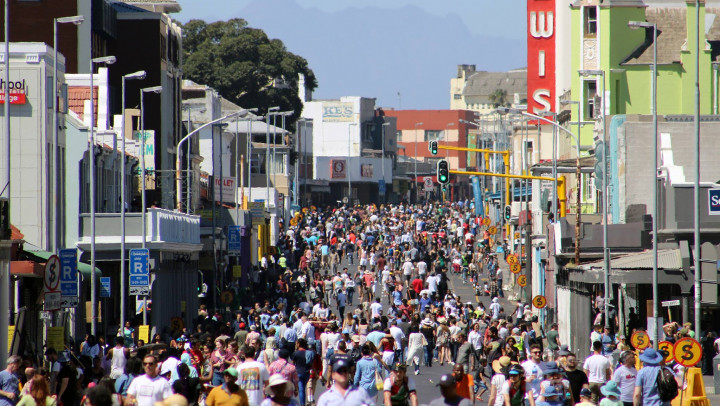 On Sunday 1 October, we hosted the highly successful Open Streets Main Road in collaboration with the City of Cape Town's Transport and Urban Development Authority (TDA). The 5km stretch between the Grand Parade in the CBD and Groote Schuur Hospital in Observatory was our biggest ever road closure. There were six activity hubs but the focus was on mobility. And it was amazing. Bicycles, skateboards, rollerblades, unicycles and other forms of non-motorised transport filled the space. It seemed most people brought something along to ride.

We believe this is one powerful way to start changing Cape Town’s mindset about mobility!

Wouldn’t it be great if every day were Open Streets? This is our vision for Cape Town. Per our manifesto, we believe streets should:

We think all the above was on display on Sunday in a street that usually many regard as dangerous. Without cars, it showcased the ideal world according to Open Streets. The communities of Obs, Salt River, Woodstock and District Six came out in force, and people from all over Cape Town joined them. They were able to use the space in ways they may never have imagined before. The local shops and traders were buzzing with customers, and people were laughing, playing and even painting in the street.

Imagine doing that on a regular day. Or imagine cycling to work or to the shops without the threat of cars, buses and taxis. Or allowing your kids to cycle to a neighbour's home on their own. Or walking on the street without fear of crime because there are many others on the street. The list of possibilities is endless.

With the support of the City of Cape Town, we are working towards a much longer, permanent Open Streets route across the city. In this way, we hope to use the concept of Open Streets to help bridge the spatial and social divides of Cape Town.

Until we achieve that, we hope Open Streets Days such as the one the just occurred on Main Road will inspire people to think differently about how they use their streets. Maybe our ideal future will become a reality.