During Open Streets Langa on 30 October, we ran Cape Town's first ever low-carbon race with our partners at WWF South Africa. 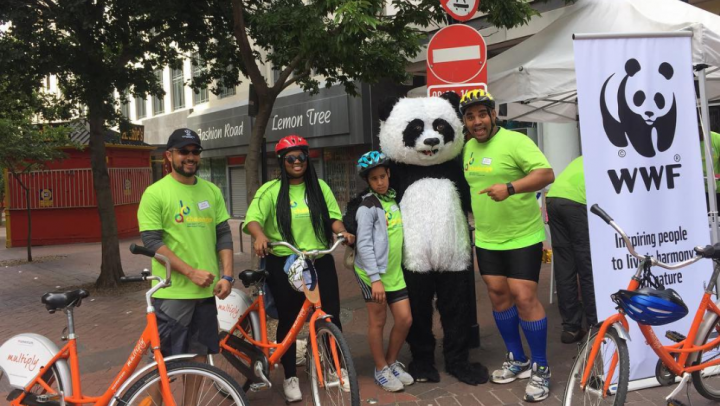 Carbon emissions from private cars make a significant contribution to climate change in Cape Town and South Africa. We can tackle this by shifting our transport choices towards public transport. The problem is not everyone is aware of what choices they have. Or if they are, they have a preconceived idea, often negative, of what each mode entails.

Open Streets Cape Town (OSCT) is all about experiential learning, as exemplified in our programme of Open Streets Days. We aim to show Capetonians that when it comes to mobility, there's always another way. Taking it a step further, during Open Streets Langa on 30 October, we ran Cape Town's first ever low-carbon race with our partners at WWF South Africa.

The AtoB Challenge, which was made possible by the Nedbank WWF Green Trust, featured four teams competing to get from Green Point to Langa with the smallest carbon footprint. There were five legs and three checkpoints en route, and each team had to use at least four different modes of transport.

This gave them an opportunity to explore different modes and gauge for themselves how viable each was. They had to update a logbook as they went along.

Team Zero Emissions, led by MEC Grant, chose to cycle the first leg, between Green Point Park and the V&A Waterfront, and walk the second. On reflection, team member Shaun Engel echoed the sentiments of many cyclists: "I enjoy cycling through the city, with the wind in my hair." He noted, however, that the second leg, between the V&A Waterfront and the Central City, lacked pedestrian pathways.

Team SANKO also cycled the first leg, with UpCycles bikes. Team member Kirsten Wilkins enjoyed the experience, but said there could be better signage en route. She also noted that, in regards to leg two, the pedestrian facilities at the V&A exit to the CBD were "poor".

Team Low Green Carbs chose the opposite – walking leg one and cycling leg two. Team member Gerard Hitge noted that the cycle lane from the V&A to the Buitengracht bridge could do with improvement. His teammate Sarah Ward concurred: "There is no bicycle crossing coming out of the Waterfront, which is pretty dangerous. Pedestrians and bikes need to be prioritised."

In leg three, all times opted to use the Nissan Leaf electric car, something MEC Grant described as "magic". However, Kirsten Wilkins opined that being in a car – electric or otherwise – made the journey less interesting. "One can see how being in a car dulls down the experience of the journey. We were oblivious to our surroundings. It was all about the destination."

Others noted that the initial outlay of purchasing an electric vehicle may be prohibitive for some people. Moreover, they are not the best option in our country, where most electricity is coal generated.

In leg four, the teams split between Metrorail and EWIZZ electric scooter. From the feedback, it's easy to see which one went down better with the participants! While all who used them described EWIZZ as "great", the best anyone could muster for Cape Town's rail service was: "As expected." This came down to delayed trains and "unfriendly staff".

These responses were indicative of a general consensus that Metrorail's services need vast improvement. Suggestions to this effect included "more trains", an "app for tracking where the train is" and "more visible security".

The teams who took the train in leg five seemed to have better luck. Shane Hendricks of Low Green Carbs said scheduling info was easy to find on flat screens in the station. Ryan Ravens of team Pacy Pandas said Metrorail staff were "helpful", but noted cleanliness on trains was an issue.

Zero Emissions were the only team to use a minibus taxi, in leg five from Mowbray to Langa. MEC Grant noted the journey was longer than expected, as his team "had to wait for the taxi to fill up" before leaving.

One of the most interesting parts of the challenge was the checkpoint task of interviewing a member of the public. This exercise revealed that Capetonians use a variety of transport modes to get to work or school. These include all the options available to the AtoB challengers, as well as metered taxi and Uber.

Those who used public transport cited its many benefits. Of those, by far the most common was that it's cheap. Many also stated that it's reliable and convenient. In the case of MyCiTi buses, travelling is faster due to their dedicated lanes. One respondent was particularly enthusiastic about Golden Arrow buses, noting them as safe.

"Meeting people from different cultures" and "travelling with friends" were popular reasons for choosing public transport. Meanwhile, services such as Wi-Fi and phone charging points would attract people to use public transport even more. A 24-hour system would also go a long way to improving viability.

The participants' feedback has taught us a lot about how people move around Cape Town. It also laid bare many of the challenges public transport users face every day. As one of the first steps in what we hope will be a long journey with WWF Nedbank Green Trust, this feedback forms the basis for OSCT's foray into discussions around low-carbon transport. Watch this space.

In the meantime, check out the official AtoB Challenge video.

And congratulations to team SANKO, who's combination of low-carbon transport options led them to victory! 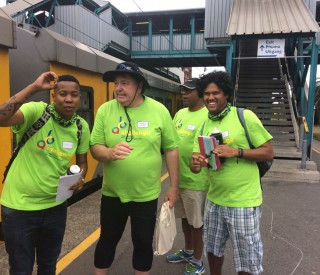 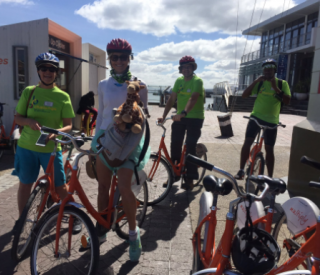 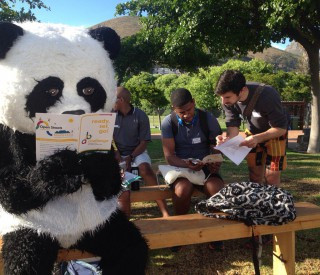 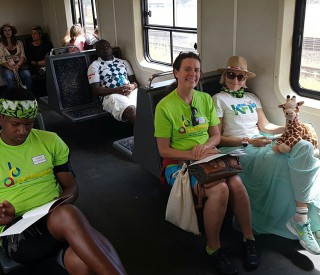 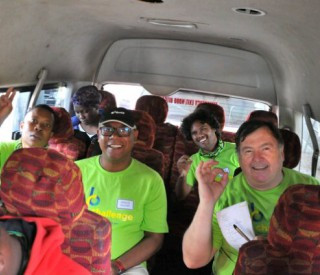 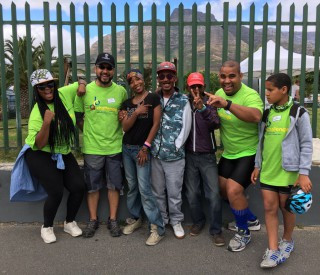 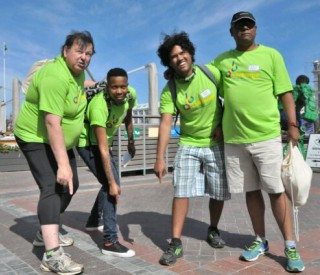 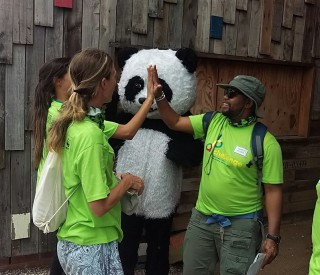