On Saturday 10 February, we hosted the fourth and final edition in this series of #TalkingStreets.* 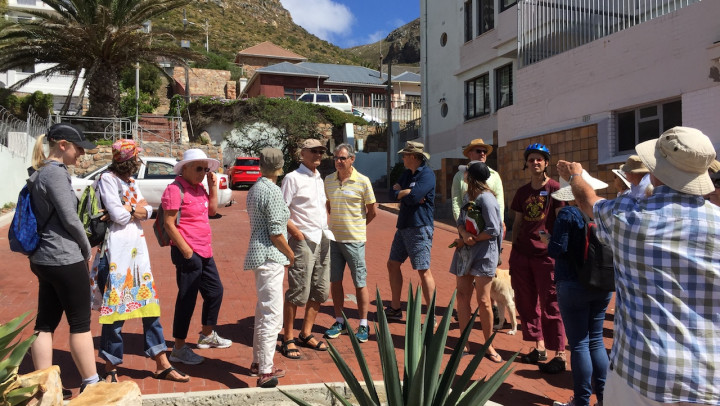 After 10 years, Muizenberg Main Road has been transformed. At the most recent Talking Streets walk, we learned about the technical, social and behavioural changes that it took to make a successful street, which local businesses, residents and commuters can now enjoy.

This iteration of Talking Streets had a more technical focus, as it formed part of OSCT’s Street Minds programme. We were 25 residents, business owners, designers and built environment professionals who gathered to learn more about the improvements of 5km of Muizenberg’s Main Road, which has been in use for more than 200 years. Close to 20 000 vehicle trips are made along this road daily, and a well thought-out traffic management plan was required.

Paul Booth, a retired senior engineer from the City's Transport and Urban Development Authority, was a champion behind the funding, project management and community engagements over a decade of improvements. During our walk, we observed the positive responses of buildings being upgraded, popular take-up of pedestrians and non-motorised users (eg cyclists, skateboarders, joggers), and how drivers are becoming accustomed to a new 50km/h speed limit.

The improvements to Main Road we observed included the comprehensive planning approach to the design and construction techniques, new road surfaces, red brick paving on the sidewalks, an extended median island, improved access to services and amenities (eg the local police station and court house), and solving parking issues for this popular neighbourhood.

Paul told us about the challenges he encountered in securing a capital expenditure budget of R350 million (over a decade) when the first signs of road deterioration were identified in 2003. Budget was only allocated in 2007, and Paul told us about the motivation that road improvements could increase tourism. This commercial-oriented argument swayed the council. The project rolled out in three successive phases: 1) the middle section (Casa Labia to Laten Road, St James); 2) the Kalk Bay section (from Atlantic Road to Clovelly); and 3) Kalk Bay Harbour to Clovelly.

The project was conceptualised as a remediation project, rather than a public space upgrade. Half of the budget went to water infrastructure improvements, and half to roadworks. Underneath Main Road runs water mains that had not been replaced for 100 years. They provide all south peninsula neighbourhoods with water from reservoirs.

Even though the road improvements are now enjoyed by all, the project also had negative impacts. Local business as far as neighbouring Fish Hoek were negatively impacted due to the congestion created by the stop/go traffic management system during road works. More than 2 000 interested and affected parties were signed up to the council’s public participation schedules, and 45 community meetings were conducted, which were characterised as difficult and conflictual. However, keeping to schedules, accommodating key cultural events by moving building works at sensitive times (eg legendary Saturday theatre at the Casa Labia), and other interventions built increased public support.

We also reflected on the positive community responses to the improvements. One example was the establishment of the Friends of Muizenberg Park as a community-based management of the public park. A group of surfers also established, quite humourously, the Leading Light of the Canon Society and worked with the council’s service providers to build casing out of invasive bluegum trees for the ancient war-time canons, which had been neglected. To celebrate the history and heritage of this seaside neighbourhood, 11 information boards are placed along the 5km pedestrian track.

One critique of the Main Road improvements related to the lack of dedicated cycling lanes along this piece of road infrastructure. Paul explained how, after a three-day survey of the narrow width, curves and circles, that dedicated cycling lanes were not feasible in terms of road design and the existing limitations to expansion. Although these lanes do not exist, the reduced speed-limit of 50km/h is forcing motorists to share the road with cyclists, skaters and joggers more equitably.

The upgrading of Main Road project commenced in 2008 and took a decade to complete. This #TalkingStreets walk showcased the technical, social and behavioural changes required to make successful streets that work for all users. The sensible attention to street and public realm upgrades, heritage, and landscaping has set a new standard for road improvements in Cape Town, and today local businesses and pedestrian are taking full advantage of it.

*Text and images by Walter Fieuw 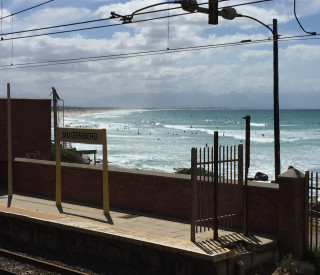